Pro ACT for the treatment of postprostatectomy incontinence

Introduction: Urinary incontinence after prostate surgery is a significant late complication often affecting men during the prime of life. Minimal invasive devices as treatment for this condition are commonly used in men with mild to moderate incontinence as a first choice treatment. The implantation of an AUS is still considered as gold standard, especially in the case of severe incontinence. We report of our 4 year experience with the Pro ACT System as minimal invasive technique.

Results: We treated 154 men with a mean age of 69. 5 years over a time period of 4 years starting in September 2000. The daily pad use dropped from preoperative median 4 (1-20) to 1 (0-6) in the Pro-Act group. Revision surgery was necessary in 2,5% after the learning curve (last 40 pts.) due to several reasons (Balloon rupture, migration, etc.). The duration of surgery is now about 20 minutes. Secondary implantation of an AUS because of malfunction was necessary in 2 % in the last 40 Pro ACT patients.

Conclusion: The Pro ACT system is effective, has a quick learning curve and is minimal invasive in regard to surgery time, tissue trauma and postoperative follow up. Patient satisfaction is high; for the vast majority of cases Pro ACT is our first line therapy of post prostatectomy incontinence. 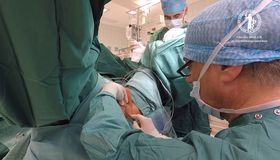 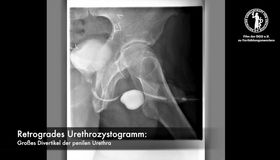 Robot- assisted AMS-800-sphincter implantation around the membranous urethra in spina bifida – a new...